A palace for the king right next to the Cathedral. Mainly built during the 1300s the majority of it is built in a stunning oriental style, even though the most of it was built for a christian king. But beeing built during several ages there is also a big gothic part left. 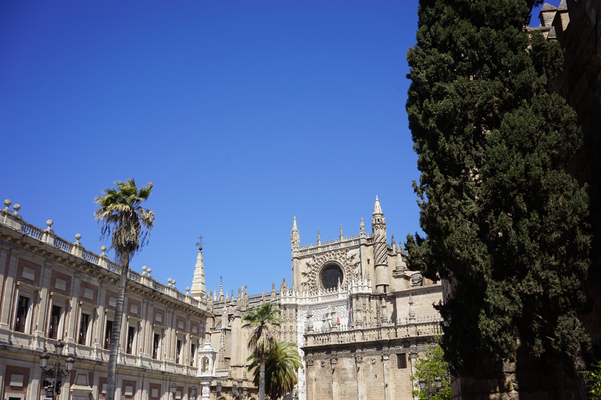 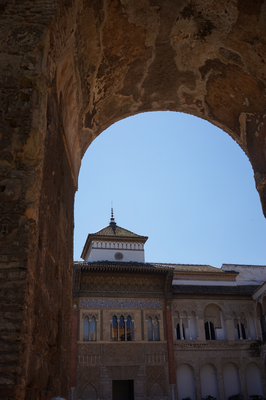 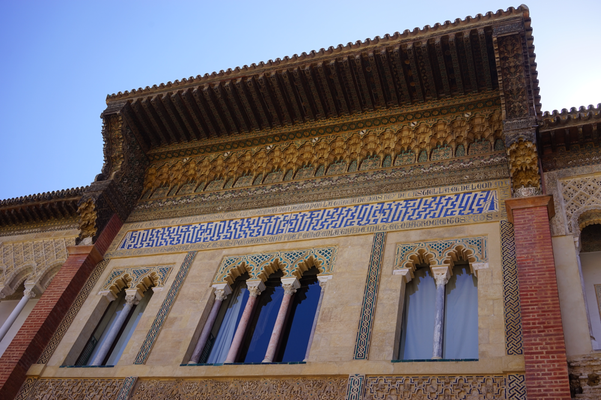 During the whole history of Alcazar it not only served as residence to several kings parts of it were also used for other purposes like the Sala de Audiencias in the Patio de la Monteria wheresailors and discoveres came to pray and plan their next sail, among them Columbus. And there is also the Casa de la Contratación from
where the trade with the american colonies was controled. This was especially important for the whole devellopment of Sevilla as Sevilla for a time had a monopole on trading with America what brought huge wealth to the town. 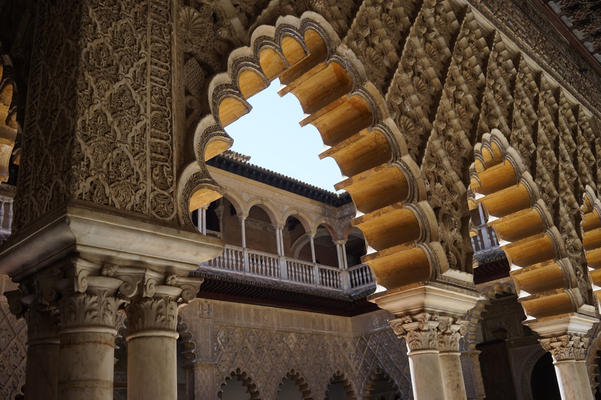 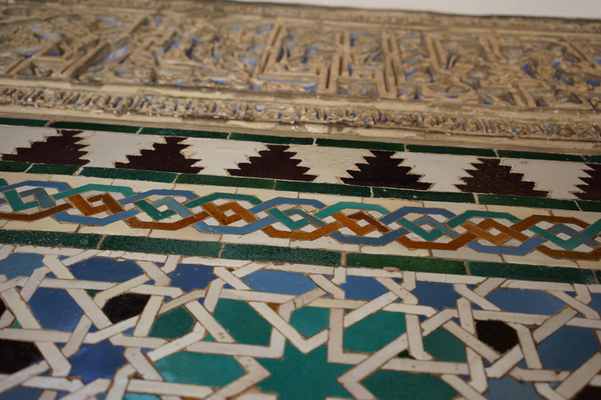 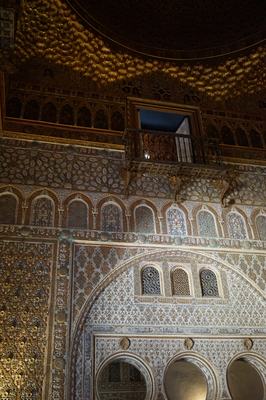 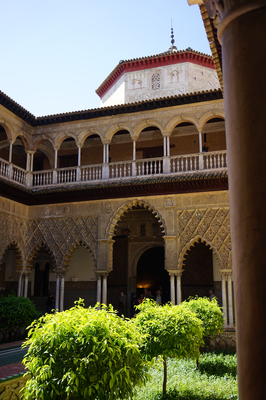 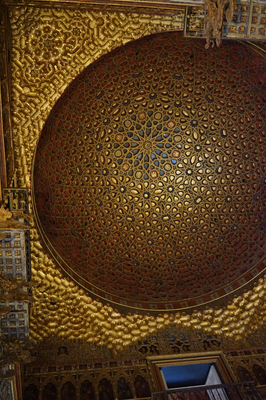 All over the Alcazar there are muslim, jewish and christian symbols to be found - a really good role model not only then but especially for today. 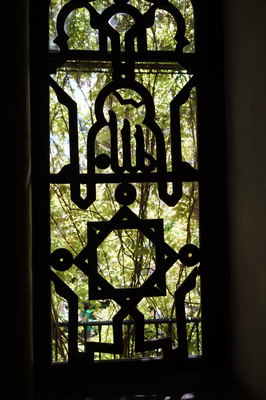 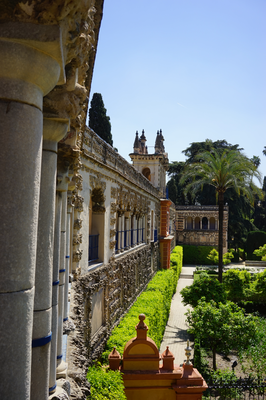 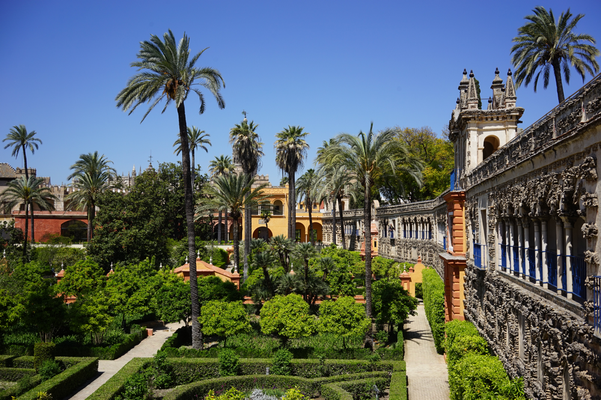 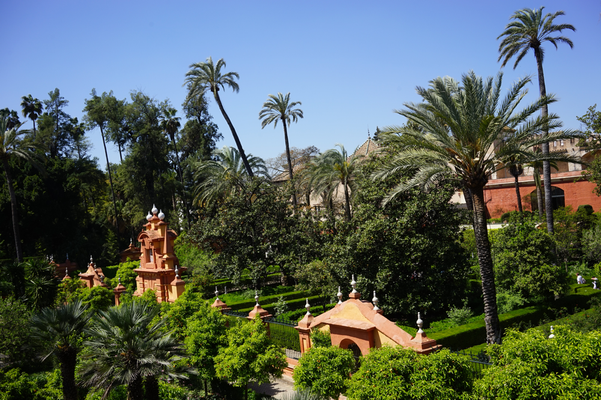 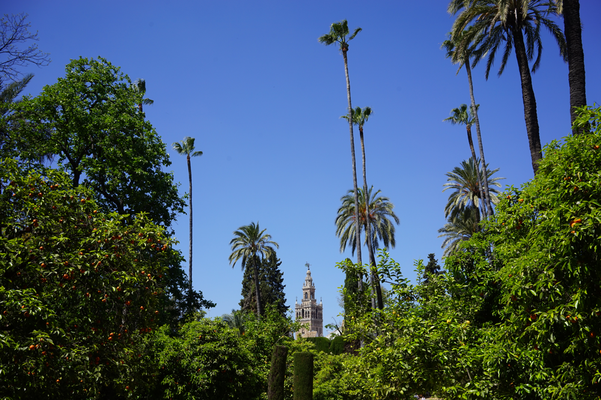