Flew in late yesterday and settled down in my host family which happens to be a cool gay couple (Jeff and Satish "Vishi"). Today was the first real day in SF and it happend to be a Sunday so my host family took me on a trip around the town that initialy should be a trip to a groceries store but then becam a real cool tour to several overviews and throug many neighbourhoods in the town. A real perfect start in a new town that gives you a cool overall view of it. Now the only thing i can say is, that im really looking forward to discover SF! Let the journey continue... 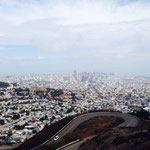 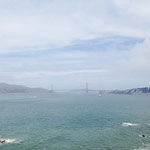 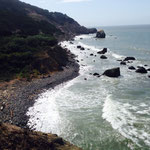 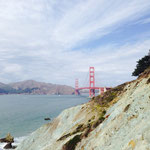 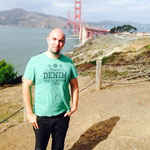 For the first time...

Now it's already almost two weeks since i've arived in SF and the time went by so incredibly fast. Those two weeks were mainly about doing things for the first time. Starting with the first schoolday at CISL (Converse International School of Languages) San Francisco. In the morning i'm in a class with 6 other students, which is a pretty good number for a class i discovered. It's a quite small school with about 40 to 50 students in total and 10 to 15 teachers so you get to know the most of the other students, especially during the afternoon activities. One of the first acitivites i took part in was indoor climbing, another thing whitch i did for the first time, and it's totally fun!


Two days later the afternoon activity brought me to the twin peak hills, two tall hills a bit outside of downtown SF from where you've a perfect view over the whole skyline of San Francisco. Even if these hills are the most famouse one's they're not the highest one's in SF. The tallest hill is just behind the house i'm living in and it's called Mount Davidson and of course if you're up there you've a perfect view over the whole town.


It turned out I've arrived for the prettiest and hottest week of the whole year. So the first weekend was all about being outside. Perfect conditions for the Hardly Strictly Bluegrass festival in the Golden Gate Park. A huge festival during the whole weekend, with 5 different stages and thousands of people. And it is a quite special too, then you're allowed to bring your own food and beer to the festival and it's completely free.

Last sunday there was also another festival called the Castro Street Fair. It's like a street fest in the Castro District of SF, which is the gay district, so i definitevly had to go. And as you can see on the pictures not only e huge rainbowflag marks the entry of Castro but for the Street fair they even painted the crosswalk in rainbow colors and that looked pretty nice.

With the start of the second week it was time to search a gym, which I did and so the first gym session in SF took place too.

In conclusion: two really busy but awesome weeks, a lot of new impressions and new people and a lot of fun! 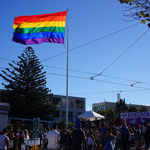 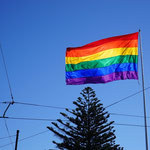 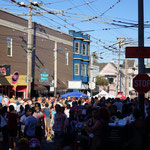 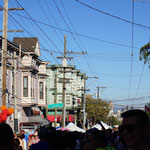 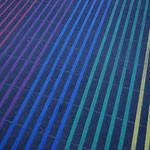 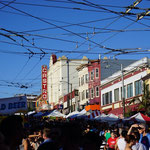 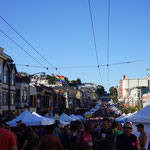 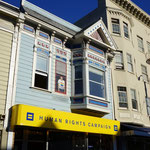 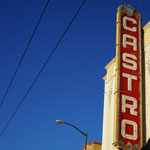 Watching movies as it should be...

Halloween and the Giants parade at the same time?!?...

A delicious lunch at Sushirrito